Just thought I’d share a few Takapuna days with you all.

Let’s see…Erica and Rob invited us over for a house party poker game with a few of their friends.  Very brave of them to invite us, but my loose “all-in” style balanced Mark’s professional skills, so they took all my money and Mark won most of it back. Though Erica was the tournament champion, beating Mark in the last hand.  Come to think of it, she also won the role of “President” the most times in our game at Tupou–she’s got some skills!

The next week was Superbowl, and Erica’s friends were kind enough to host a Superbowl party at their place. We brought all the food, making sure it was a proper-American menu: hot dogs and apple pie, nachos, guacamole, chips and dip, and margaritas. Well, I suppose it was a Mexican-American theme. 🙂  We had a blast watching it with them. Mark explained the rules (some of them knew the game quite well) while I made batch after batch of margarita.  Then we stumbled down to the beach to play a quick touch game of grid iron (what Kiwis call American football).  Mark had a blast calling the plays, though all the “old men,” including Mark, were sore or injured by the end of the day. 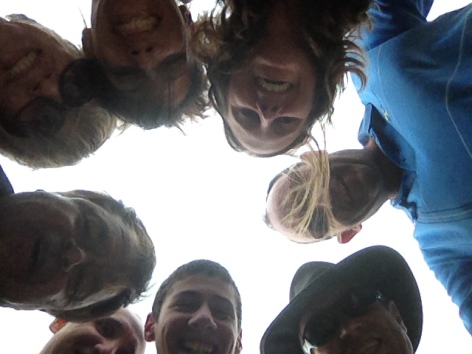 Mark ran the Beach Series 5K last week, and did well (7th overall!).  It was fun to watch and hopefully by next week I can run myself ( my foot is healing finally).  Though he’s still nursing a calf-injury, Mark’s in good shape again and working out everyday, which as you know, is so important to him. 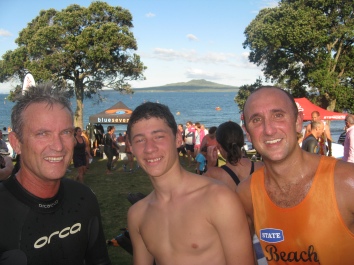 We saw our first rugby game (well, it was rugby league, which apparently is WAY different than rugby union, what they play in the World Cup). It was fun to watch and I definitely like it more than football, though Mark thinks I’m just being a contrarian.  Maybe I just like the shorter shorts the players wear. Plus, there are no time outs, so the game moves incredibly fast.  Fun night! 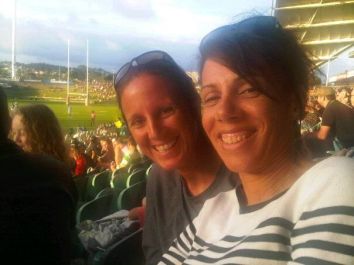 Been getting a little bit of culture, since who knows when I’ll live in a big city again. Last week I saw a great Shakespeare performance of Macbeth at a beautiful lakefront outdoor amphitheater. The actors were incredible, though I chuckled a bit to hear the relaxed cadence of the Kiwi accent out of the mouth of Banquo and King Duncan. 🙂 Today I’m going to an opera performance right down the road. Should be fun! (Suffice it to say, I’ve been doing these things solo, Mark is not that curious about Kiwi arts and culture).

Erica brought me along to a Hen’s party last night, which is the Kiwi term for Bachelorette party. It was a great night, starting with a cocktail making training at a local bar. The bartenders were great. When we showed up they had arranged drink stations and divided us into teams, then taught us how to make first mojitos and then Sex on the Beach, and we competed on which team made the best drink.  We had a lot of fun drinking and tasting, and designing creative looks for the drink toppers: 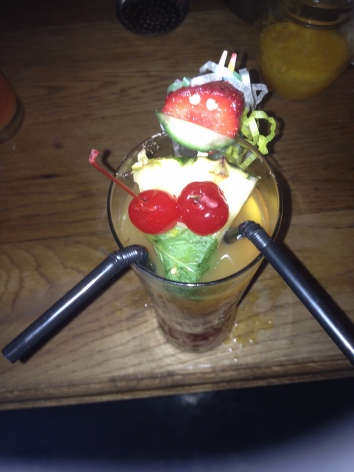 Still lots to see and do. This week I hope to get over to Waiheke Island, where I can bike around to different wineries.  Also need to check out the surf on the west coast, and definitely need to see the zoo.

That’s all for now!

Posted by hurdlefast on February 14, 2012 in Uncategorized