One huge plus about living in Rosarito is the proximity to our friends.  It’s been great to reconnect with so many people.  We thought our friends might be hesitant to cross into Mexico to see us, but happily many have made the trip, and we’ve enjoyed entertaining south of the border!  Our first guest was Andrea, who bravely walked over the border by herself, made her way the three blocks to downtown Tijuana, and caught a local colectivo (bus) down to Rosarito!  Way to go, world traveler!

Next Paul and Carolina passed through on their way to the Guadalupe Valley for some wine and food tasting. It was great to see them, too, and we had a fun night at Tapanco.  Then Mark’s dad Nick came down while I was away, and the two of them reportedly had a perfect 24 hours that included cervezas in the hot tub while watching gray whales swim by, lobster dinner at Puerto Nuevo, and breakfast at our new favorite beachfront restaurant, Splash.  Nick also braved the public transportation and found his way back over the border by foot. He’s still got it!  Next Johnson and Jenny showed up. Baja is their old stomping ground, so we enjoyed their favorite spot in Puerto Nuevo, Ortega’s, along with a few other nice spots along the coast that day.

Finally Shannon, Venti and Guppy showed up on Cinco de Mayo (which was pretty much a non-event because this holiday is really only celebrated outside of Mexico, in the US, by a few Mexicans and a lot of white people!).  Still, we had a blast with them! 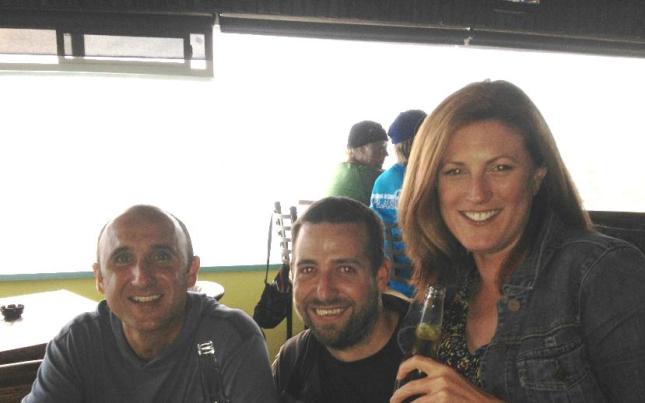 We also had fun on a night out with some new friends, Alejandra and Miguel. They took us to the VIP Room at the movie theatre in Tijuana. For the price of a regular ticket in the US we enjoyed plush leather recliners and a waiter who took our drink and popcorn orders through the movie. We saw Comando Especial, which is the Spanish name for 21 Jump Street. Pretty hilarious, actually!

I  also love being close enough to visit friends up in San Diego. Adina and her family came to San Diego for a week’s vacation, and I met them in Cardiff for a day.

And it’s been great to be so close to Paola! We had a great time beach cruising around PB the other day. 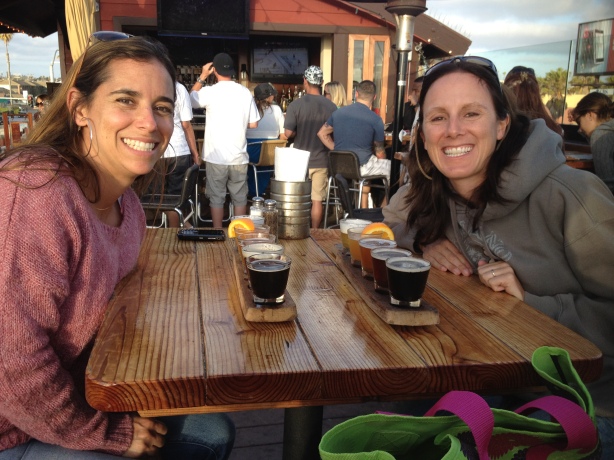 We even rode past our old house on Sequoia Street. Ah, the memories!

Mark and I checked out the Guadalupe Valley a few weeks ago for some wine tasting and a concert. Here are some pictures: 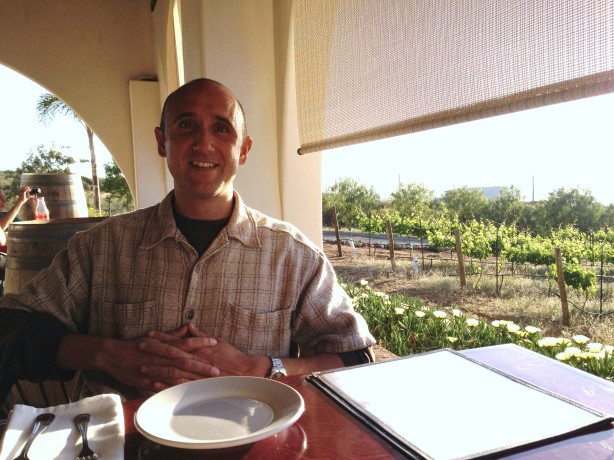 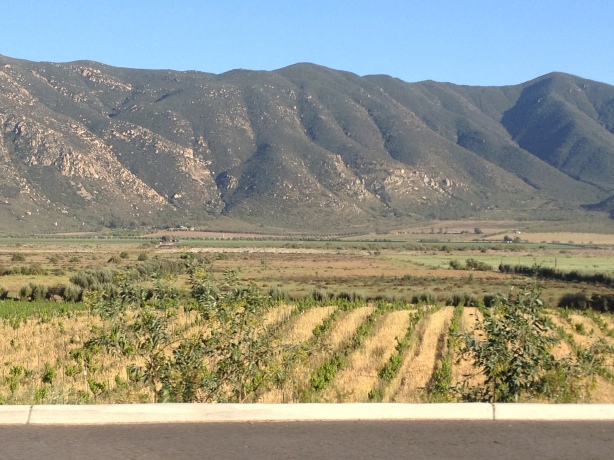 So, this little test of trying out life in Rosarito went pretty well.  We are packing up soon for a few weeks in the Bay Area and Mammoth, and then in June we head back to Akumal for the summer.  But we will probably come back to Rosarito after that.

Here’s one last video of Mark surfing the other day.  Having a nice little wave all to himself right out front is definitely something he will miss!

Posted by hurdlefast on May 6, 2012 in Uncategorized