RSS
← Who would have guessed? We like sailing.
Seven Great Days in New Zealand →

The blog is back!  I have been meaning to add another post for, like, two years, and I really don’t have a good excuse why I haven’t. But alas, here I am finally writing a new one.

Since it had been a long time without any exotic adventures (mainly just Mexico and Mammoth with a bit of BVI sprinkled in between),  Mark and I decided to plan a big trip.  It covered a few different spots on the globe, but our first stop was Hawaii to visit my dad. So let me tell you a little bit about that.

A couple of years ago my dad fell and hit his head, and has never been the same since.  He suffers from brain damage and so his mind is fuzzy and he is confused. He’s been living in a nursing home on the remote west coast of Oahu and his wife visits him frequently, but I know he misses his kids and I was really excited to spend some time with him.

When Mark and I arrived at the Mahaka nursing home, all the staff was excited to see us. Dad is clearly one of their favorite residents. It might be because he is a lot more active and personable than some of the other patients.  It might also be because he flirts with all the nurses.  But it’s a good thing because they take really good care of him.  As always, right away he recognized me and seemed so happy to see me.

Dad and I at the Army Recreational Center (the only beachfront joint in Makaha).

He seemed in great shape and spirits, and we had a really nice three days together. We took him out to lunch a couple of times and also to our condo.  He had an amazing appetite and finished everyone’s plate plus extra ice cream.  I told him about our life in Mexico and showed him all the pictures.  He seemed to understand most things, and he kept saying, “I’m glad you’re happy.”

He still has a very wry sense of humor, and Mark and I were surprised by his wit.  Most of his jokes were self-deprecating, but he also told us stories about the other residents (some true, some invented).  As you can imagine, some of the people there were wandering around quite confused and sometimes ornery.  Like Gladys. She is a frail little lady with long gray hair that wheels herself around the halls, barking out in a scratchy “Red Rum” voice to the staff, “Iced tea! Iced tea! Can’t you hear me?”  She’s sort of frightening and one time she cornered me in the hall and grabbed my hand and I have to admit I ran to get her an iced tea!   Dad kept leaning over to me and whispering, “That one is nuts.”  It cracked me up.

When Mark and I weren’t spending time with Dad, we did a little exploring around Makaha and we just loved this side of the island.  It is a world away from the craziness of Waikiki, where Dad used to live.  Makaha is all the way on the northwest coast, just before the road ends.  The community is known to be poor and “rough,” but we found the people so friendly and welcoming. Mark went on a run through the lush valley and every single person he passed called out to him to say, “Hello!” or “Good Morning!”  And the beaches are so quiet and beautiful. Definitely a wonderful place to visit.

On the second day I gave Dad a surprise. Before the accident, he had just finished writing a novel (his first).  He shared the draft with me, but it never made it to an editor.  I figured it was time to have it published.  I had it printed and brought him a couple paperback and hardback copies. He was shocked. He said, “I wrote all these pages? How many pages are there?” (134).  Then he asked, “Is it any good?”  I laughed and told him it wasn’t bad.  He signed a copy for his wife and gave it to her, and I think he was proud and pleased. We left the other copies in his room and told him we would see him in the morning. 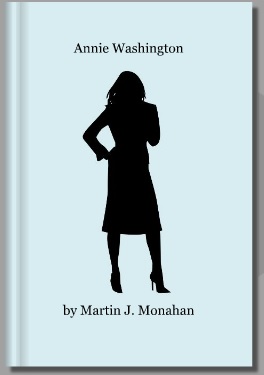 When we arrived again the next day,  a couple of the nurses came up to me and said, “We saw your dad’s book! We want to read it! Where can we buy a copy?”  I said, “Seriously? Sure. I’ll get you one.”  But they said, “You don’t understand, everyone wants to read it. The whole staff is asking for one. We love your dad and we can’t wait to read his book.” I couldn’t believe it. He already had a reader base!  I told Dad the news and asked him how much we should sell his book for. He was sort of wavering between five and ten dollars, and he said I should get a cut, as his agent.  Before I left I ordered 20 more copies to be sent to the nursing home.  Hopefully Dad’s making lots of money!

It was hard to say goodbye, but the visit was so rewarding for me and I think for Dad, too.  We will be sure to be back again soon.

Here’s a sneak peek from the back page of Dad’s book. 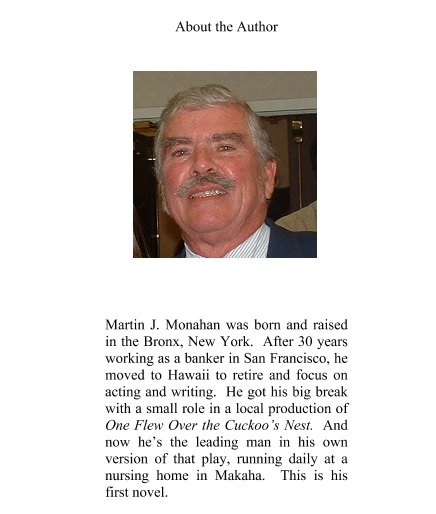 Another blog is coming soon! Next stop, New Zealand!

Posted by hurdlefast on November 16, 2014 in Uncategorized

← Who would have guessed? We like sailing.
Seven Great Days in New Zealand →